Over the past year, I have been privileged to meet many people operating at various levels of disabilities advocacy in Washington, DC. Ranging from elected officials to accomplished advocates to parents/caretakers to self-advocates, it has been a heartwarming exposure to people who are also passionate around improving our community through personal and political measures to ensure more and equitable access to goods and services to improve the quality of life for individuals with disabilities. I am also honored to have recently been appointed to the National Advisory Committee of Georgetown University’s National Center for Cultural Competency Community of Practice in Developmental Disabilities, which has encouraged me to reflect more on some of my own unconscious biases. I look forward to deepening contacts with other dedicated advocates and self-advocates and in helping to bring in new advocates through our collaborative efforts as part of the Inclusive Prosperity Coalition.

While laser focused on children and youth that with disabilities in DC, there is a bill at DC Council for that impacts the human rights of adults with intellectual and developmental disabilities.  In promoting this issue, I have been encountered with some push back that might suggest that taking a stand on this issue might equate being “off message”. This has also inspired more reflection on my part to be more aware of how privilege works and what it means to be an advocate that is both culturally competent and compassionate while at the same time being strategic and goal oriented. Disclaimer: I don’t have all the answers. The good thing is that none of us do, so I want to again extend invitation to those so inspired to join us in producing content for the Inclusive Prosperity Coalition.

If you are interested in blogging or collaborating in research projects, please email motheringhands@mail.com.

In the meantime, please join me in my processing of disabilities competency!

Prior to becoming a parent of children with autism, I rarely spent any time at all contemplating on the lives of those living with disabilities.  In fact, they simply didn’t exist in a real way for me.  Don’t get me wrong, I would see people in wheel chairs, observe those communicating through sign language, see people with their guide-dogs or canes and casually observe someone with a mental disability. My immediate emotional response would be sympathy but just as fleeting as any thought, it would blow like the wind breathing-in and quickly breathing-out, without depth in thought or contemplation of anything that would deeply humanize their experience.  I’ve even participated in workshops and trainings that would cover “ableism” but would intellectualize the concept, as certainly as a black immigrant woman, calculating my privilege is not an exercise that I am used to accounting for. In truth, this able-bodied privilege coupled with the previous sorts of oppression I personally experienced made me a bit arrogant about integrating ideas that would suggest that I benefited anything in American society over anyone.

I make this personal testimony because as I move forward in my advocacy for my own children, I must remain reflective of the times I knew nothing about disabilities rights and compassionate for those who share similar world views as I did prior to being forced to expand my concept of self and those of others in the world.  We are all privileged in some way as well as disadvantaged in other ways, yet striving for equity versus equality makes me more accountable for how I approach situations where I might have an advantage with a similar mind of justice as I would a personal incident of oppression.  This is very challenging to do consistently and even in my awareness, I still struggle to account for many other privileges I might not be aware of until confronted with someone in need of some opportunity available to me that is not universal.

Due to the arduous nature of self-work of maintaining awareness of self and compassion for others, impact on the material reality can be challenging as well. For example, just because I have children with autism and, now, consider myself an advocate for individuals with disabilities it is easy to be singularly concerned with developmental disabilities while turning a blind eye (pun intended) to other forms of disabilities. There just aren’t enough hours in the day to take every issue on or access to enough individual brain power to create solutions to every problem, yet it is critical to respect those others taking up the mantle for a variety of causes and stand in solidarity with them when opportunity presents itself. 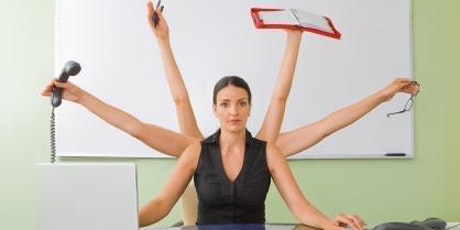 Additionally, it is easy (at least for me) to adopt a messiah complex that presupposes that no problem will be solved without my contribution. There’s a lot of personal and community damage caused by this approach to advocacy because, on the one hand, one can easily burn out and not create necessary boundaries for self-care that lead to unhealthy lifestyles and imbalanced relationships; and alternatively, studies show that diversity promotes creativity and efficiency in projects that require tangible outcomes.

As a mother, I understand very intimately the instinct and, necessity sometimes, to micromanage, it is an undemocratic way to go about doing things and can cause resentment to those others within a project due to the self-absorbed mentality that somehow nothing good happens without personal input.  And most importantly, for ideas that require directly impacted populations to be involved, it is also a form of oppression to exclude the input and leadership of those that are benefactors of a cause. Again, in motherhood, I have learned the hard way that, even at a very young age, tantrums can be decreased with more “buy-in” and input from my children on a variety of life choices ranging from what clothes and shoes they should wear to what school environment they should be in.

[Side Note: Bill 22-0154 promotes person-centered counseling as a process to help increase self-determination from otherly abled people who might not use words or other popular ways of communicating, in order to get their point across. I am very excited at also having recently participated in a person-centered counseling training offered by the No Wrong Doors Initiative of the DC Department on Disability Services]

And yes, it requires consistent communication, patience and empathy to create a climate of inclusion that is ethical and sincere. Yet, when considering the nature of physical, cognitive and psychiatric disabilities, it is critical to resolve any delusions of grandeur, or messianic intentions, because it can do more harm than good in the long run. 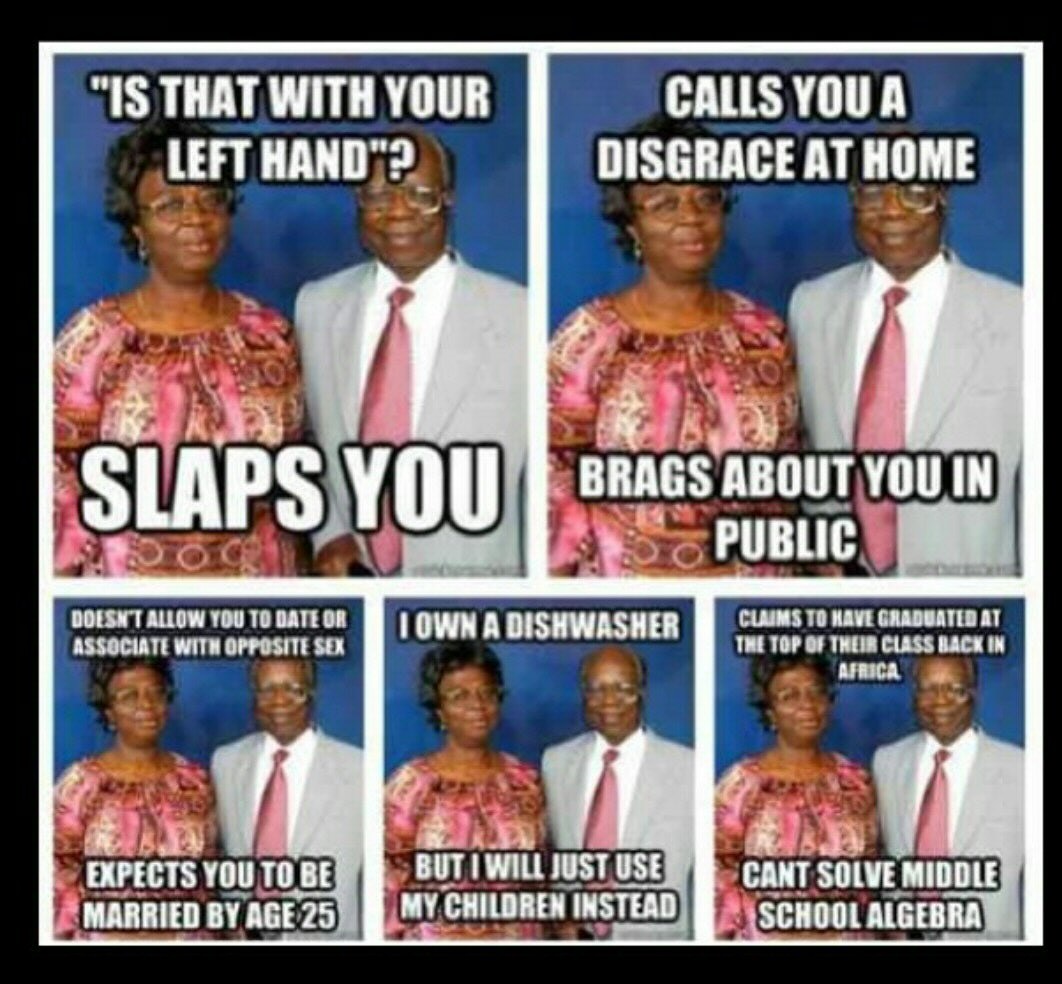 Growing up in a Nigerian family where there are lots of decisions made based on age and status in the family, we come to consensus in a structured and regulated manner. Due to this, I have to do a lot of personal work to not be an “ageist” when it comes to many decisions. Even as a university lecturer, because I am conscious of my tendency to dismiss the input of those younger than me, I tend to go above and beyond to create a climate where my students feel that my grading them is a collaborative effort. This approach is also true in advocacy. For me, age is not just about the number of years one has lived but also the level of knowledge one has acquired and because I go above and beyond to study, there is a level of arrogance (that is also rooted in privilege) that can come from having mastered some level of information that others either don’t know or are not as articulate to express what they know. In both cases, humility means being able to hold back, step back and allow others to grow at their own pace without feeling like they might be less as human beings just because they have less than perfect mastery over any one particular issue. Again, when considering the spectrum of learning disabilities, it is critical to account for different intelligence when doing public advocacy. 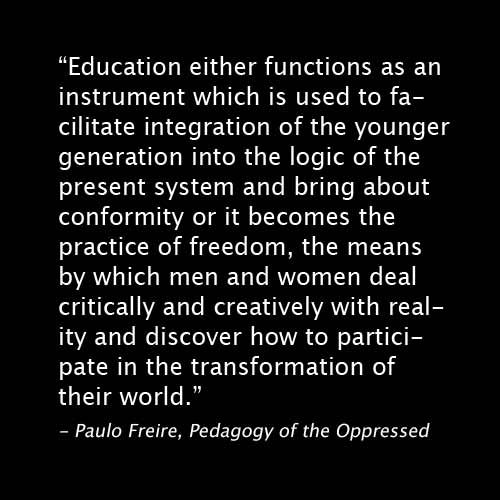 In one of my favorite books, Pedagogy of the Oppressed (1968), Paulo Friere suggests (paraphrasing) that when teaching it is important to keep in mind that people are not empty vessels in which information is poured into, rather we all come to the table with mastery of something. And whatever that “something” is, it is important to acknowledge while introducing new ideas.  Advocacy requires lots of teaching so adopting this mentality has made me a better communicator of ideas and being reflective of my own limitations in knowledge has been my best strategy at remaining humble.

There are many more lessons learned, and surely many more to be learned.  There are many great and free tools on the website of Georgetown’s National Center for Cultural Competency. So, please join me on this journey to be a more inclusive, emotionally intelligent and accountable member of the great network of disability advocates!